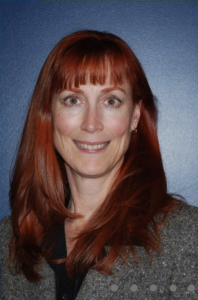 Elise Wagner is Ascend’s treasured Talent Acquisition Advisor that spends her days helping with all things “new hire”. However, before starting her HR journey, she had a very intriguing past, as she was a cross-country traveling actress, therapist and tour guide.

Wagner currently supports our human resources team, primarily our recruiters, during the interview process as well as new employee onboarding. She coordinates our new CheckPoint events. Before that, Wagner worked in Chandler, Arizona at NASM for almost seven years. She’s a stellar example of how Ascend supports cross-business unit hiring, and encourages innovation.

Now, back to that intriguing past. Wagner is a smart cookie who follows her passion. She has a bachelor’s degree in Theatre Arts from St. Edward’s University in Austin, Texas; a master’s degree in Theatre Arts from the University of Arizona in Tucson, Arizona; and a master’s degree in Psychology from Montana State in Billings, Montana. Why theatre, you ask? She’s the baby of the family and felt inspired by her siblings to leave their 900-acre Missouri farm and head for Los Angeles and the world of entertainment.

The most unusual would be driving for UPS in Billings, Montana for a holiday season. I handled the mall during the day and helped deliver to residents at night. The most interesting was working as a tour guide at Universal Studios Hollywood. I met some amazing people as a VIP Guide: George Harrison, Jimmy Stewart, Robert Redford, Jaws, etc.

Q. What’s something you’ve done that most people haven’t done?

Performed at the Kennedy Center as a pregnant nurse…I was in a play called “Dancers”.

When you think about it, acting is all about human behavior. Some people are surprised when they hear I have degrees in both theatre and psychology. But really, they’re very similar. Both involve studying human behavior, and I find that very interesting.

Q. Do you have any pets? If so, tell us about them!

Absolutely! My boys are Wally and Desi Wagner and are both rescues. Wally (Woozle) is a Yorkshire/Maltese Terrier mix and Desi (Fang Boy) is a Chihuahua/Min Pin mix. Having relocated from AZ, neither of them are too keen with the KC winters but darn if they don’t look cute in their blue fur-lined parkas!