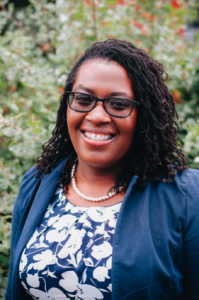 As a training director at MedHub, Tina Redd ensures that users of the platform feel confident in their ability to utilize the platform for their daily tasks. Her team also designs and develops training for internal team members and clients, including everything from classes to interactive e-learning. Tina’s daily role is always different; some days she is assisting her instructional designers, some days she is working with her coordinator to deliver training and other days she is working on planning and roadmapping. However, a majority of Tina’s time is spent delivering and facilitating training to customers. Tina has been with Ascend for 10 years and works from the Dexter, Michigan office.

Q. What have you gained from working at Ascend?

A. I have gained many things from working at Ascend, but primarily, I’ve gained a respect of taking into account how the same situation can look from various perspectives. I love working with people from so many different educational and professional backgrounds.

Q. What is one word that you would use to describe your work team, and why did you choose that word?

A. I always call us “mighty.” My team is currently four people. We support a lot of people and get a lot of work done.

A. I was previously a research assistant at Henry Ford Hospital in Detroit. I was an undergrad mechanical engineering major, so I worked in the biomechanics lab measuring the effects of osteoporosis on the density and tensile strength of tibiae. I literally had the chance to break bones in the name of research.

Q. What is one thing that people are surprised to find out about you?

A. People are most surprised to find out that I have been a professional gospel singer for more than a decade. I have had the great fortune of recording with my choir and having my voice featured on a song!